Ever since I was little kid seeing the live action BATMAN and animated shows on TV, along with getting the comics I really got into the character of Batman. Heck it seems like at least once or twice a week I draw him or characters from his universe in my sketchbooks. The Batman character now has been around 75 years and is still going strong! So in tribute to that and in part I am going to be in major pop culture mode being at the San Diego Comic Convention in a day or so here are some more finished Batman images I have created over the last few years. Some even are in tribute to other artists takes on Batman. A couple of the images are even my take on a possible future Batman. The images below were created in Illustrator, Photoshop, ink pen and acrylic paint. 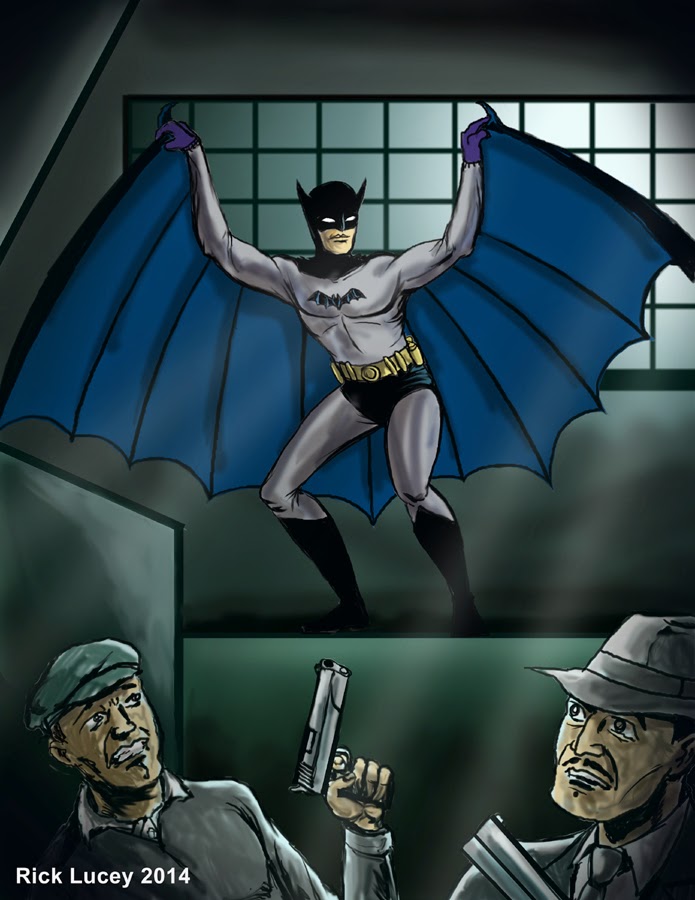 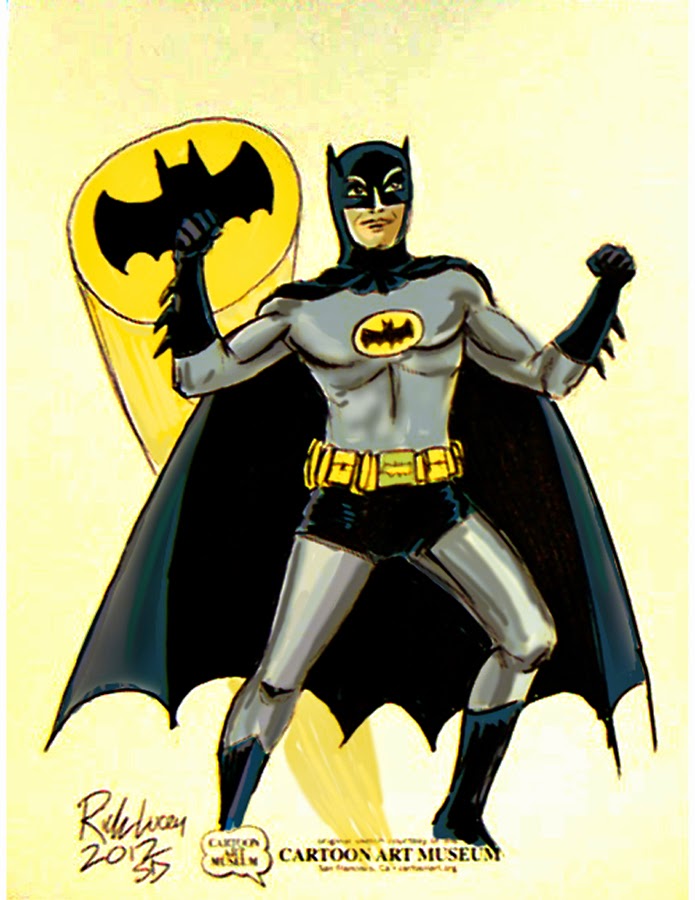 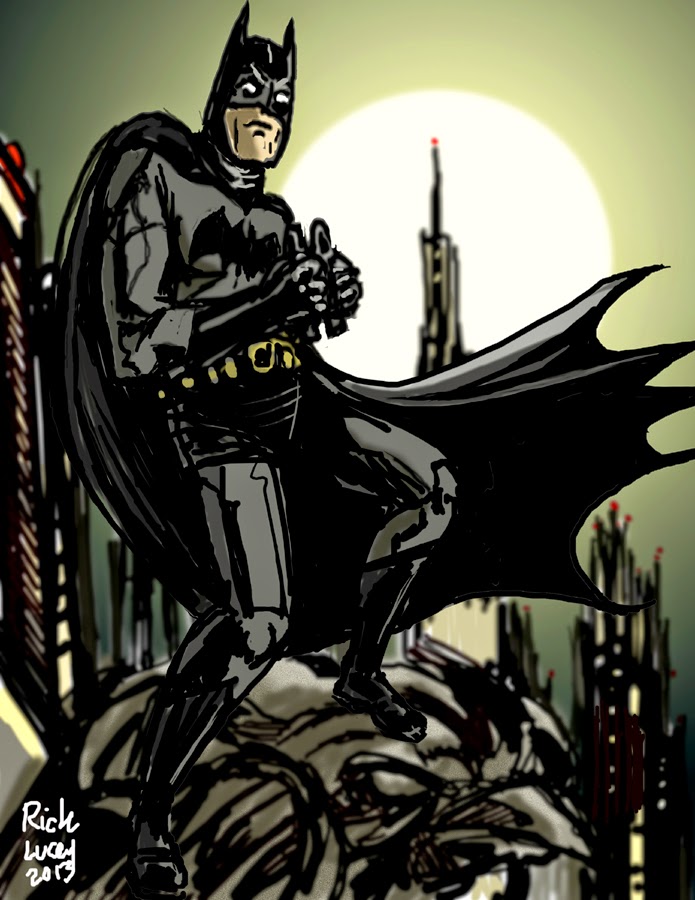 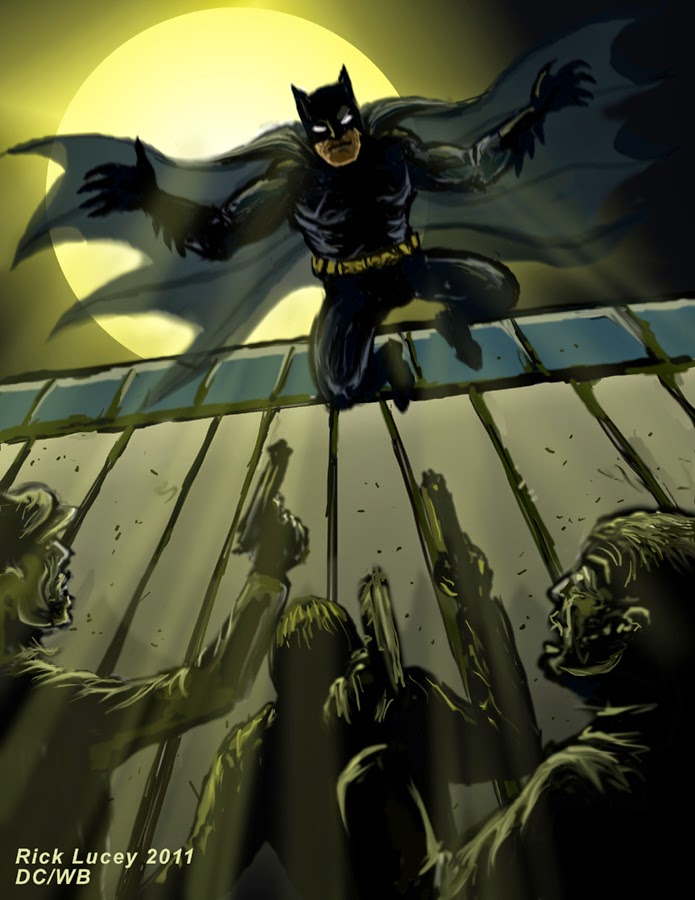 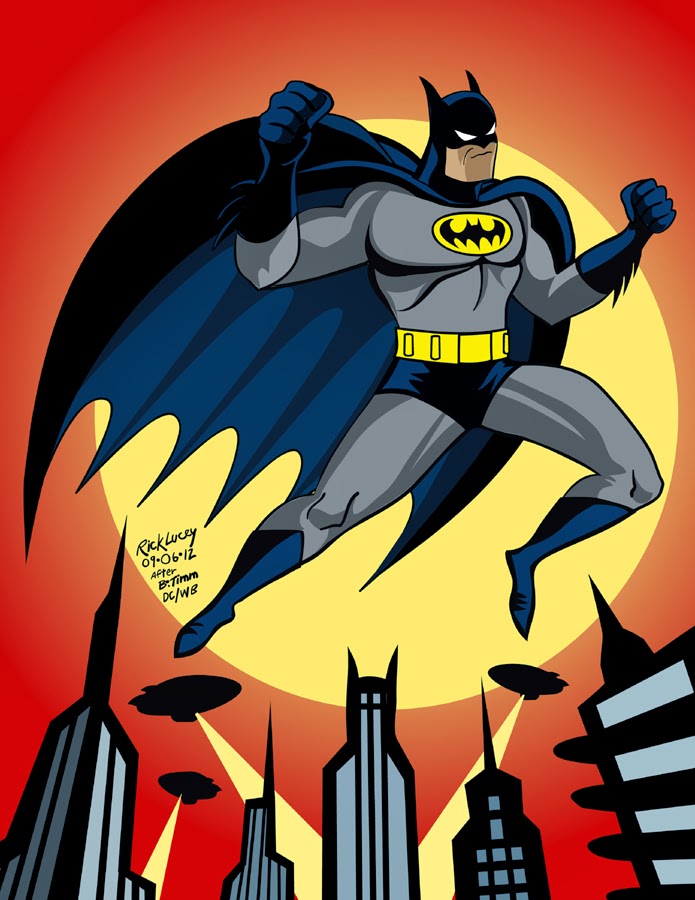 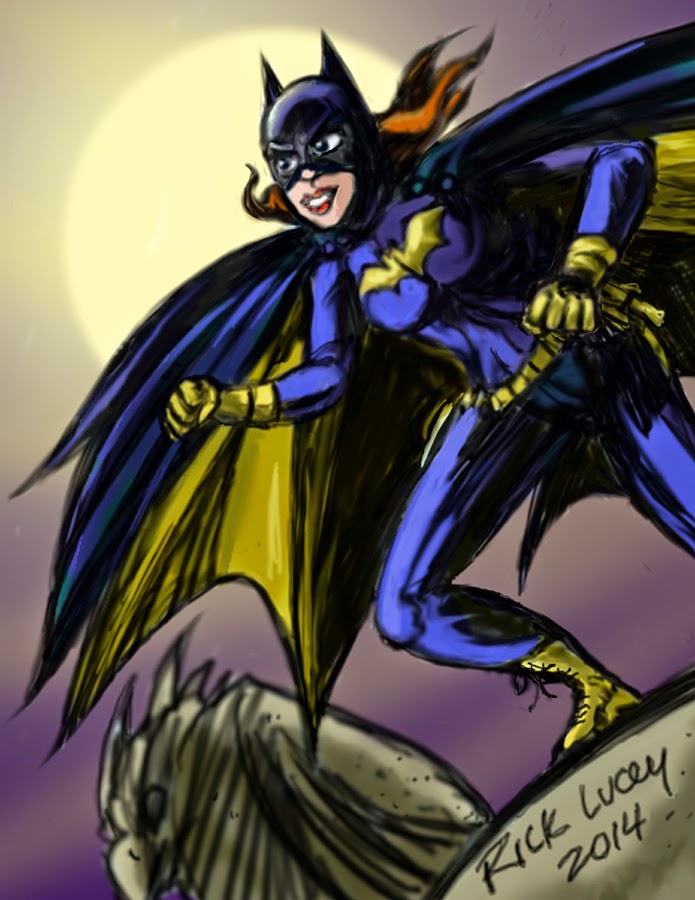 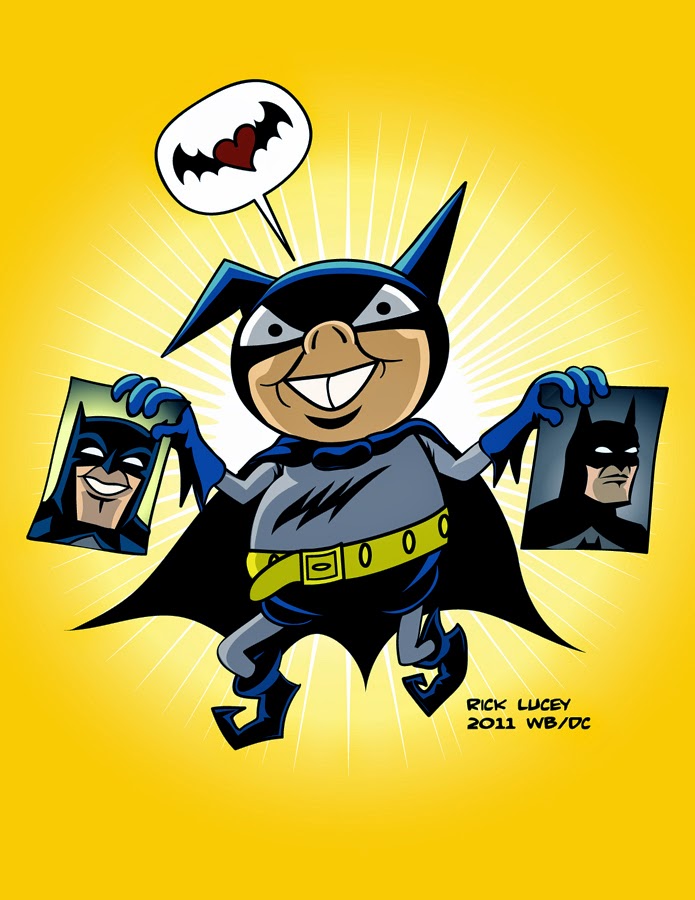 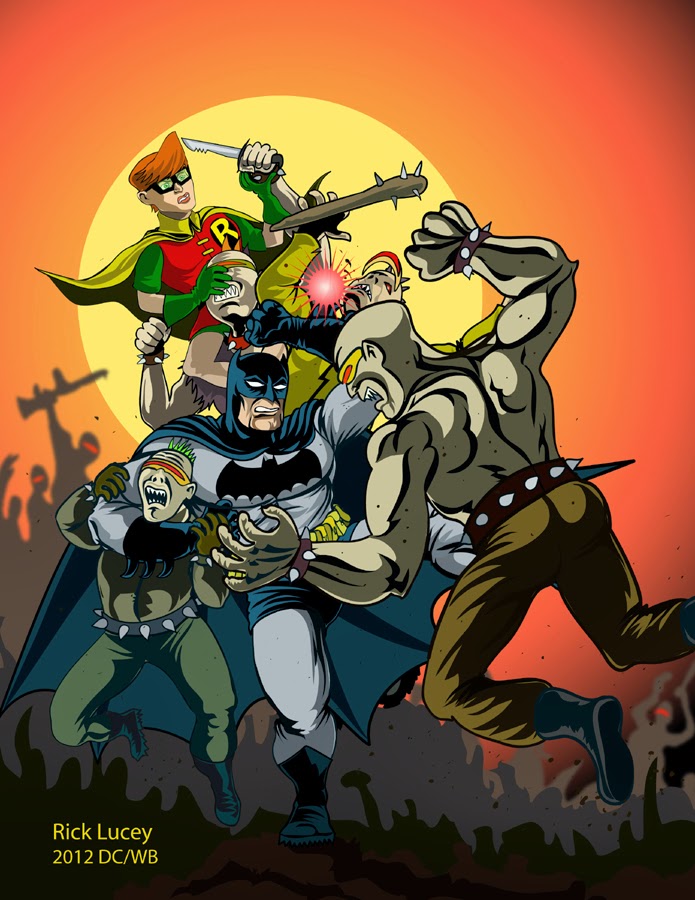 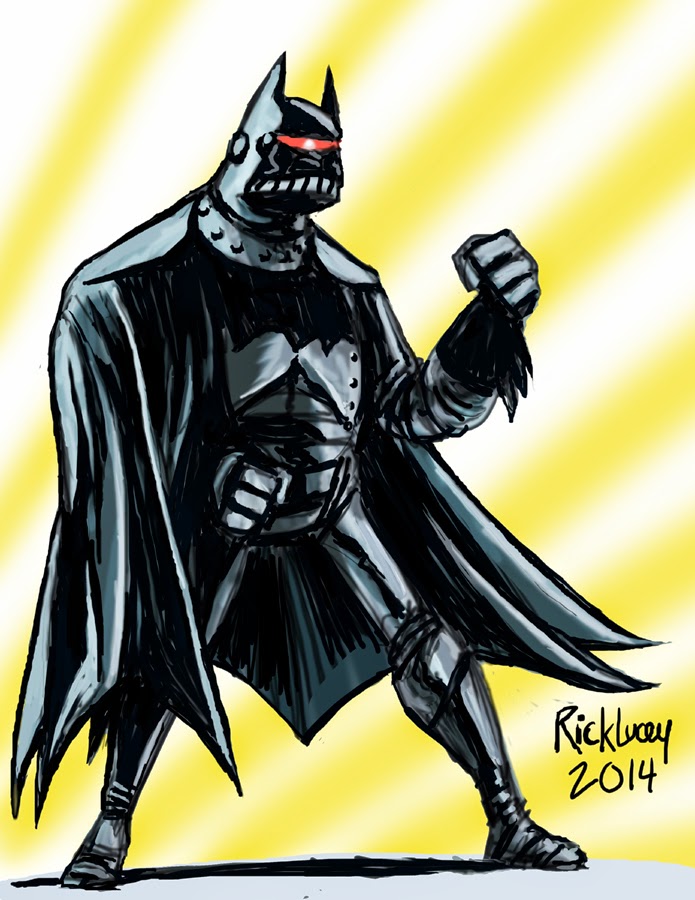 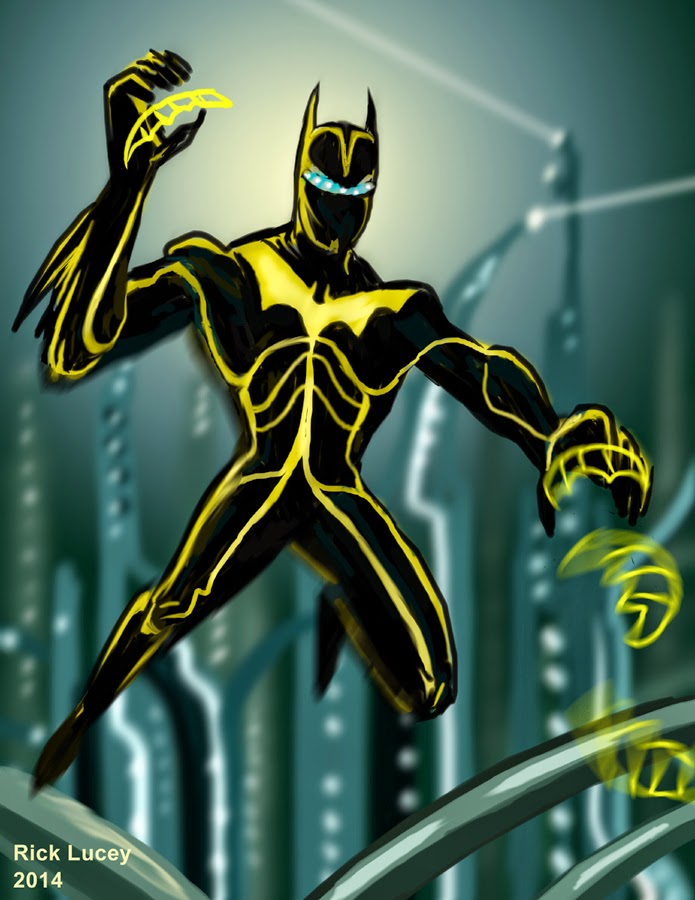 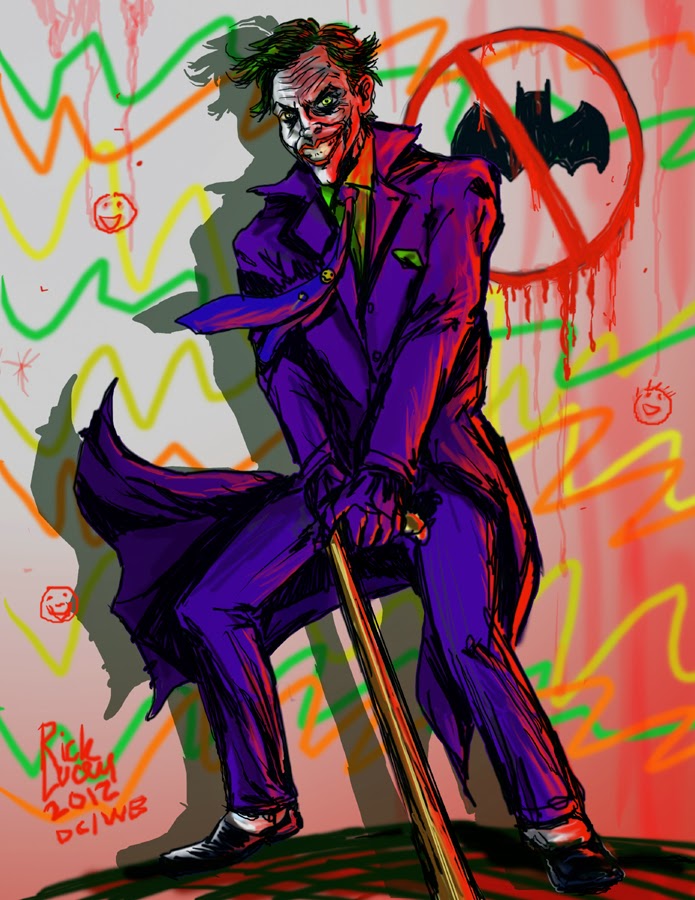 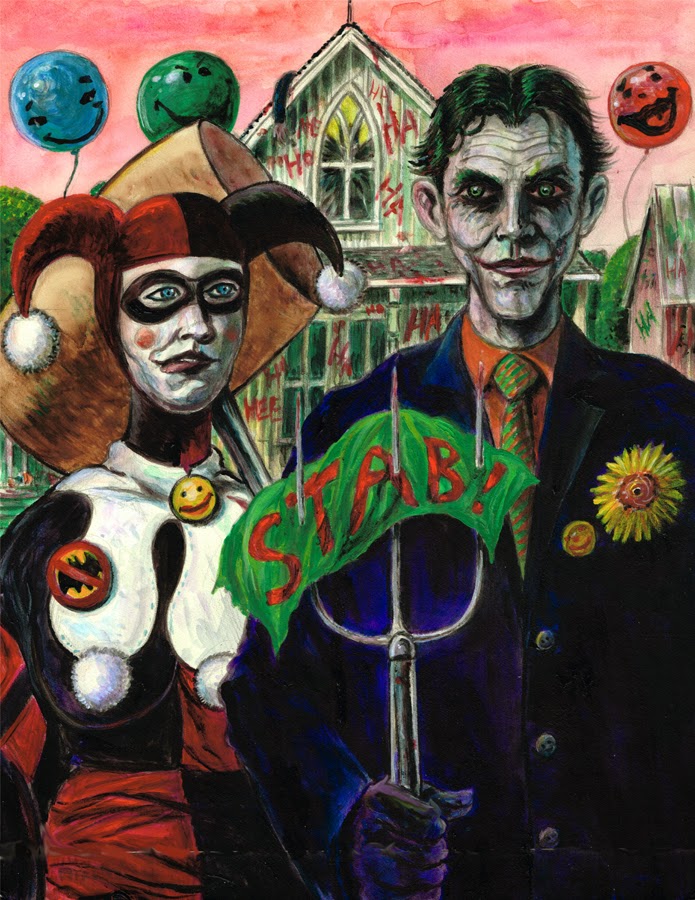 Back in early March my brother and his wife commissioned me to create some large nautical themed paintings for their rental house. So here I am finally getting around to posting them. The mermaid painting was the smallest of the group and I did it just before I caught a flight home. Anyways it was fun to have a chance to create some of these large paintings and even do a bit of experimenting in the mix. 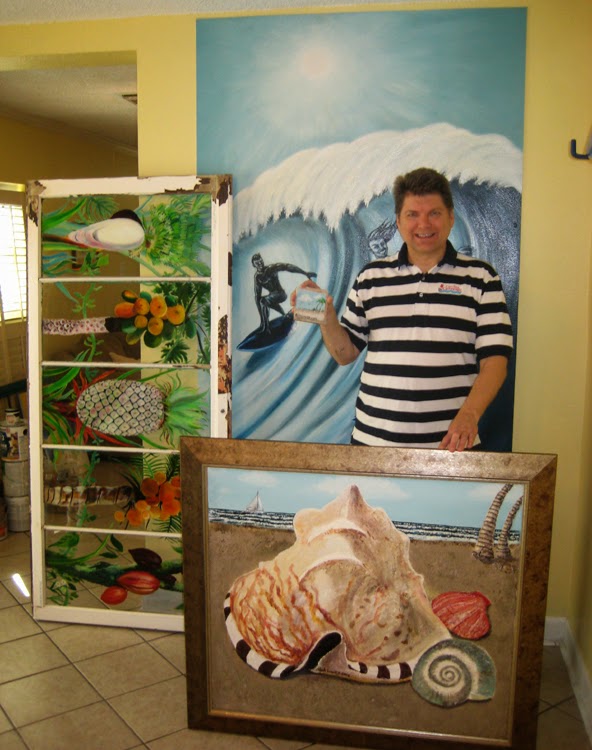 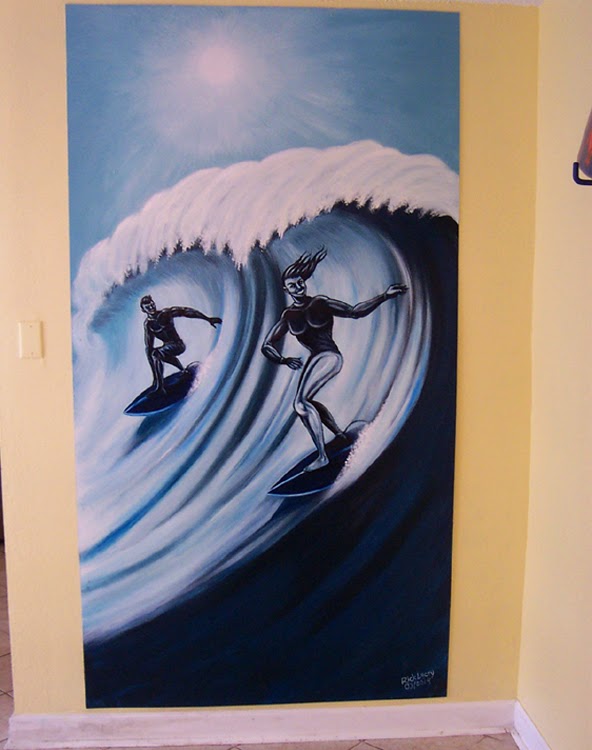 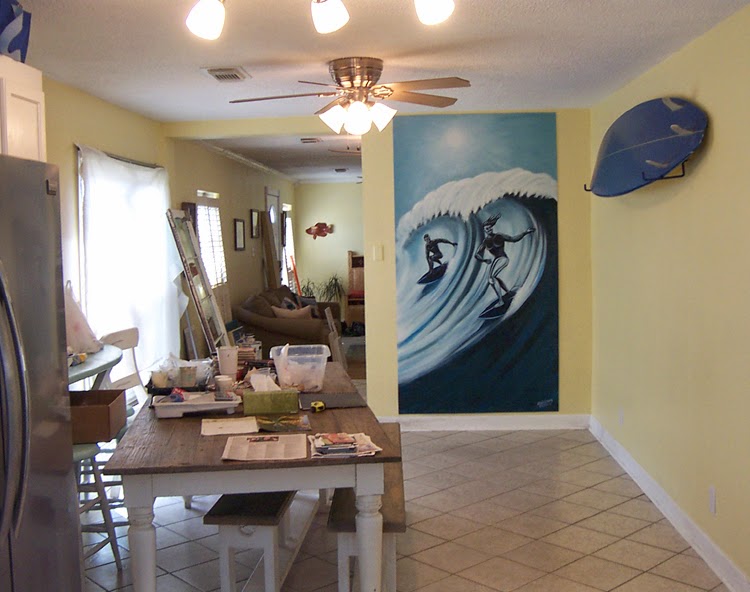 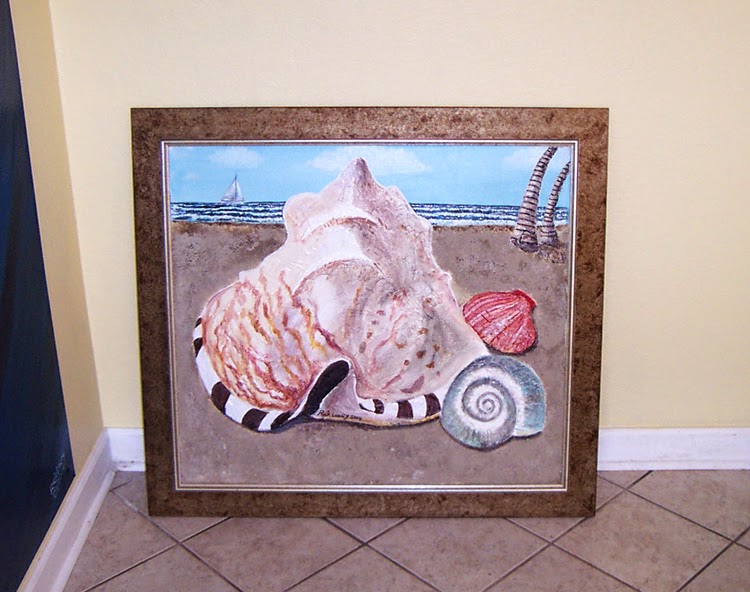 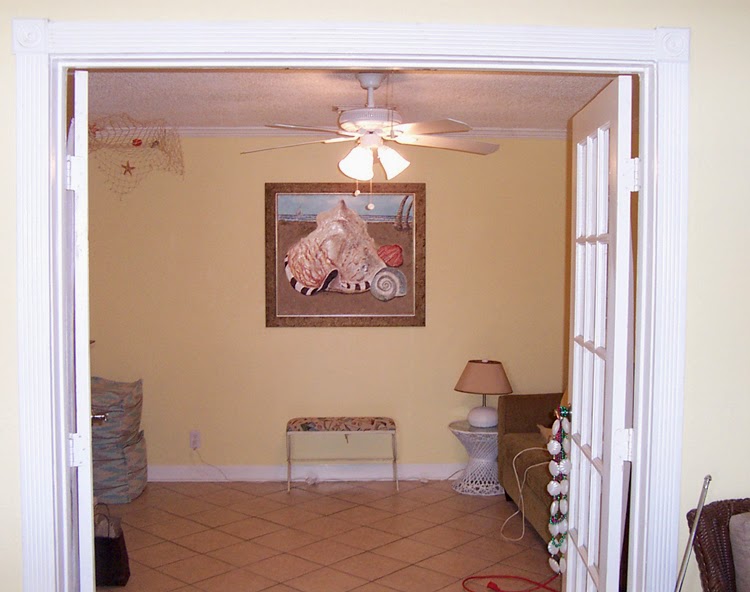 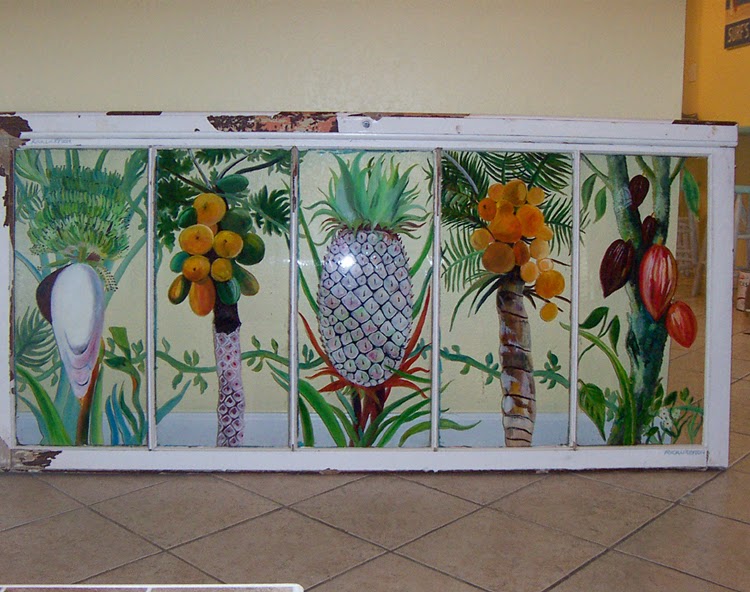 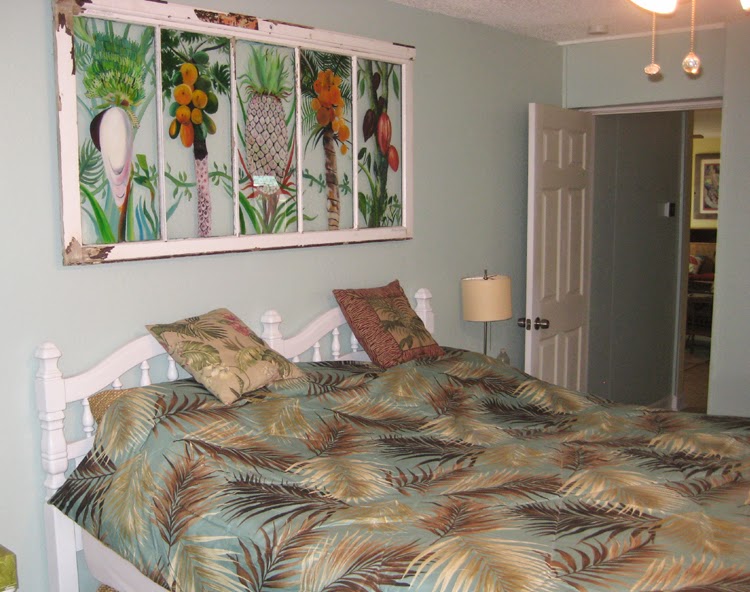 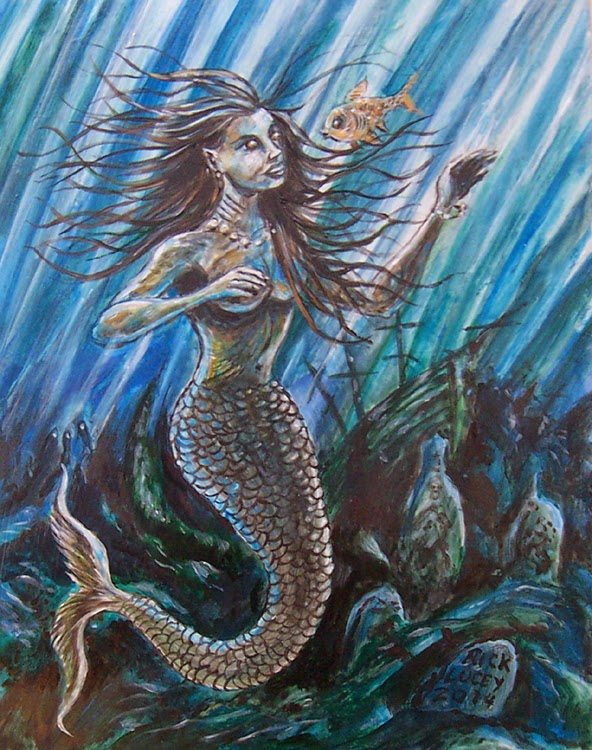 It has been a busy half year of 2014 and I keep noticing I have not posted in this blog even though I have created much content. So now in the second half of 2014 I will play catch up. Anyways here is something from the the second half of last year. I illustrated the cover and back cover of a novel titled BENEATH by writer Peter Alexander. I have done various illustration jobs with Peter throughout the past decade or so. Anyways this novel has an apocalypse plot dealing with the journey of survivalist Dennis Quant along with his niece Aggie.The two illustrations I did for the book were created in Photoshop.The BENEATH title font on the cover I roughed out in Photoshop and cleaned up in Illustrator. I am posting images of the final art alone, the actual book and a few pictures of a book signing by Peter. Peter is on Facebook and is in the process of getting a main site going again. If you want more information or to see if any copies of the book are available just contact me. 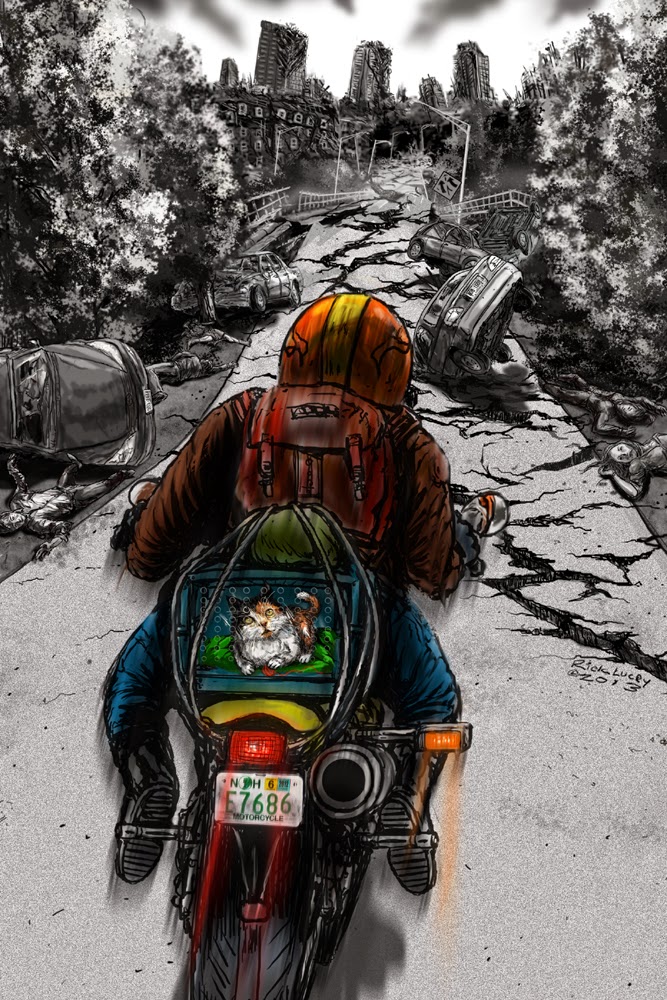 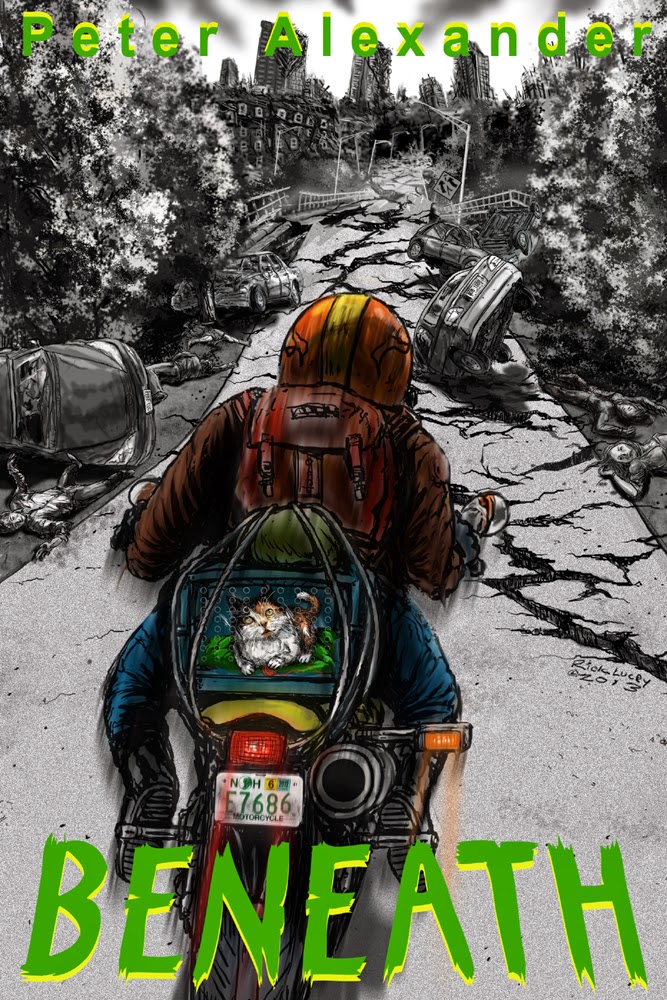 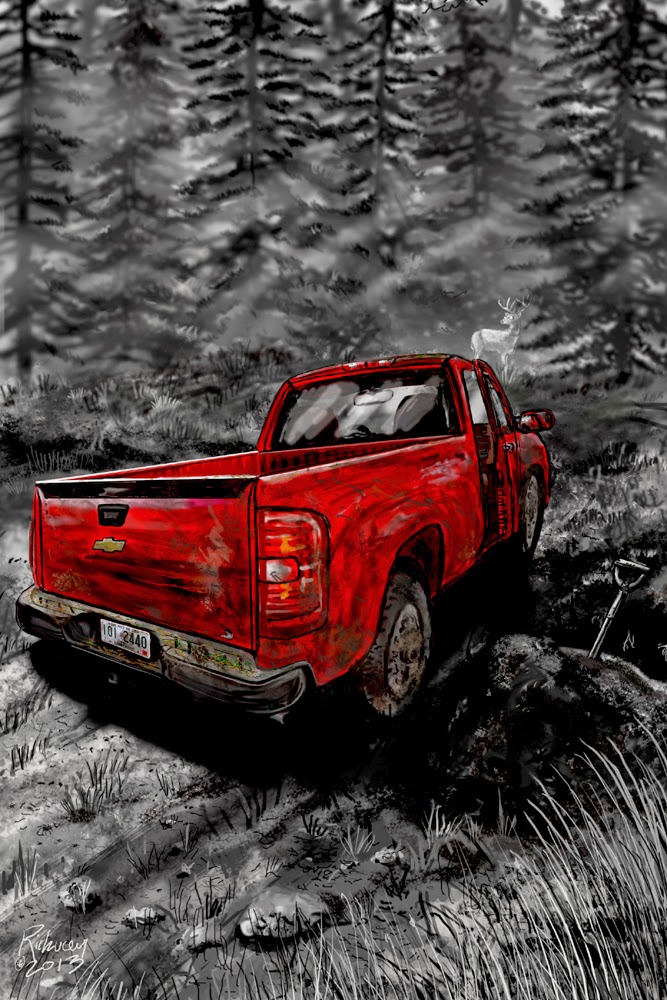 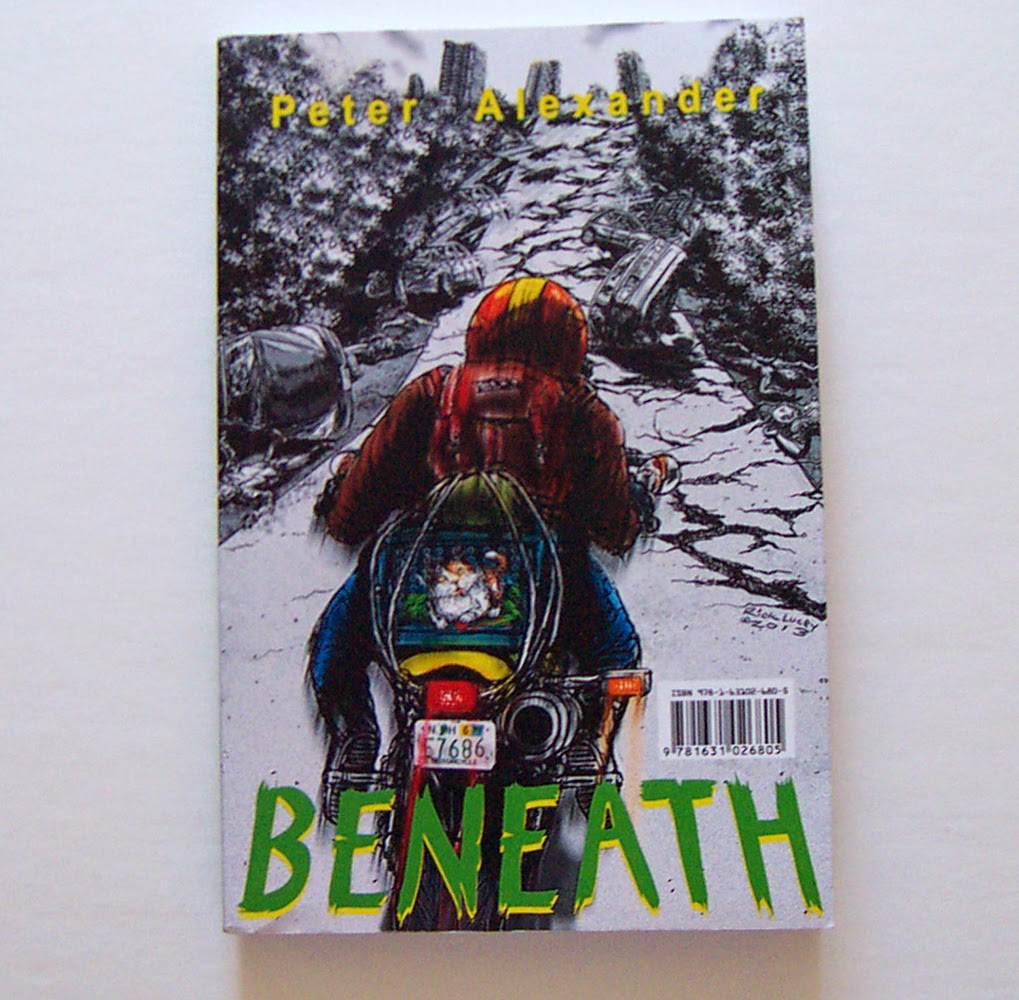 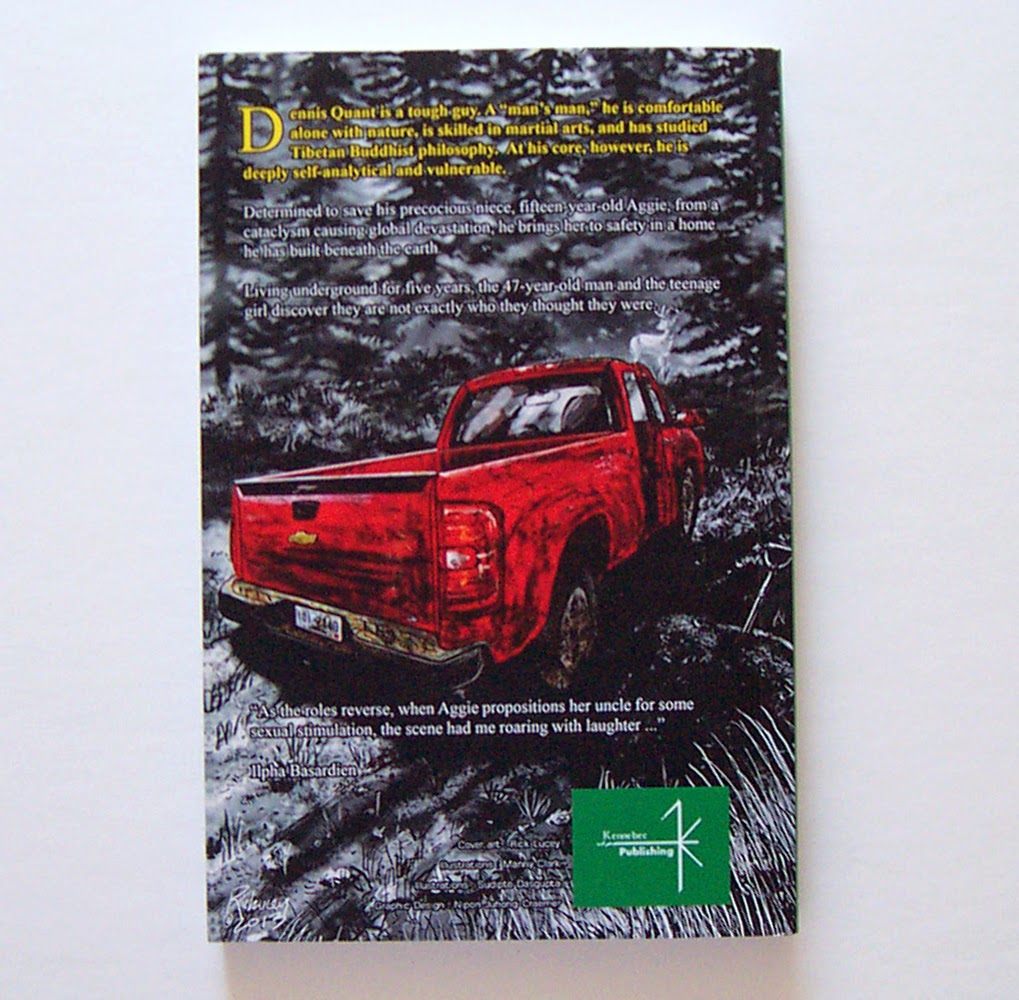 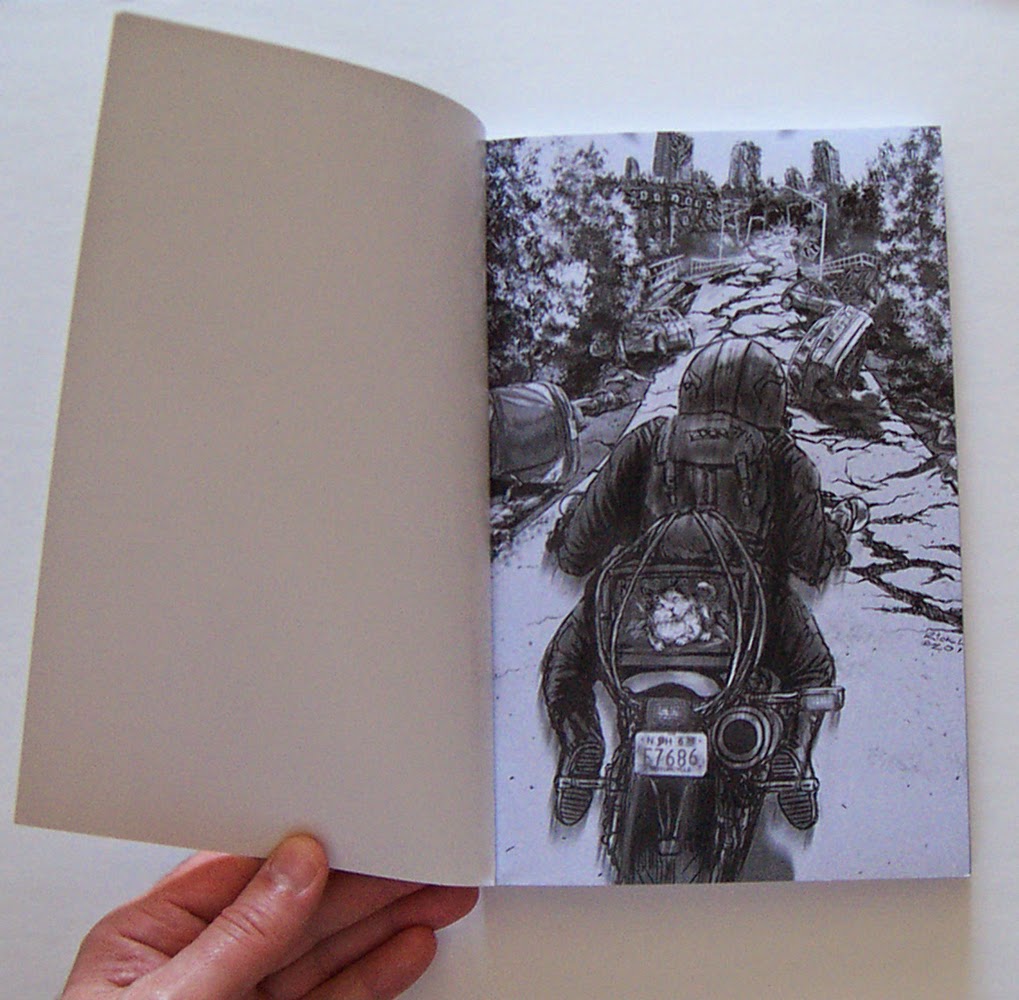 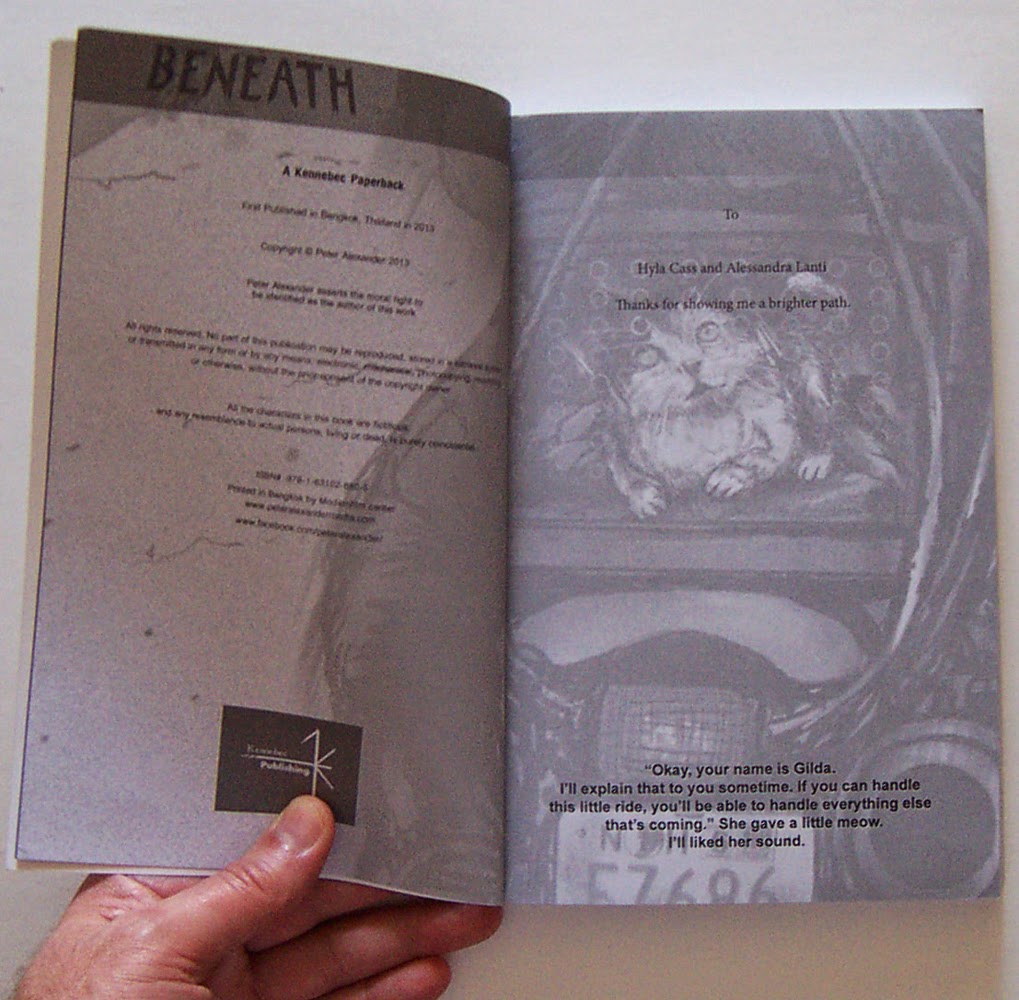 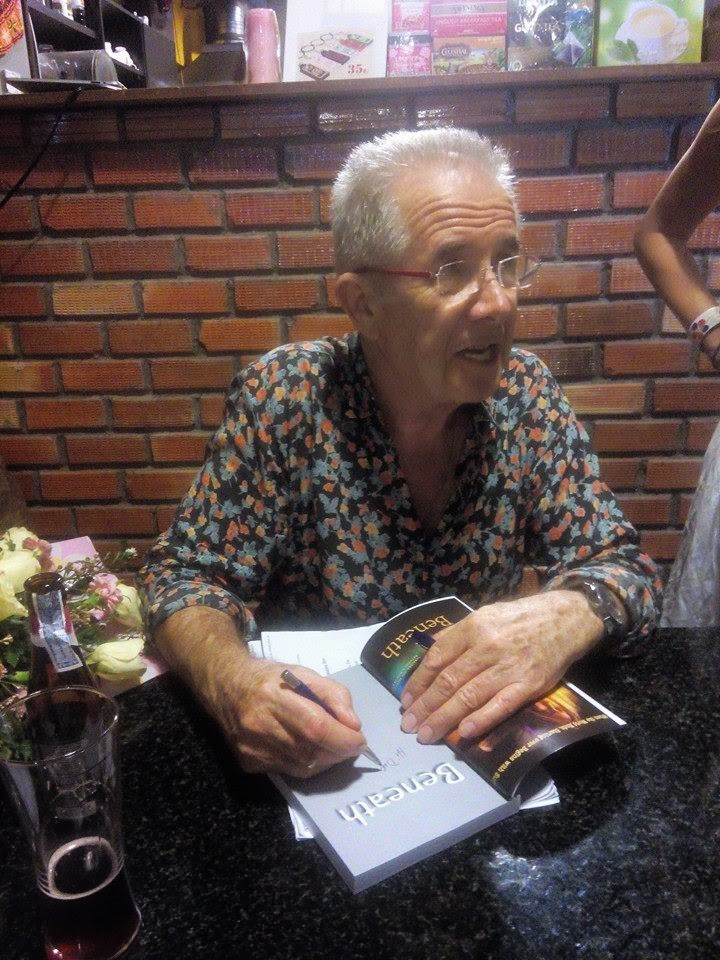 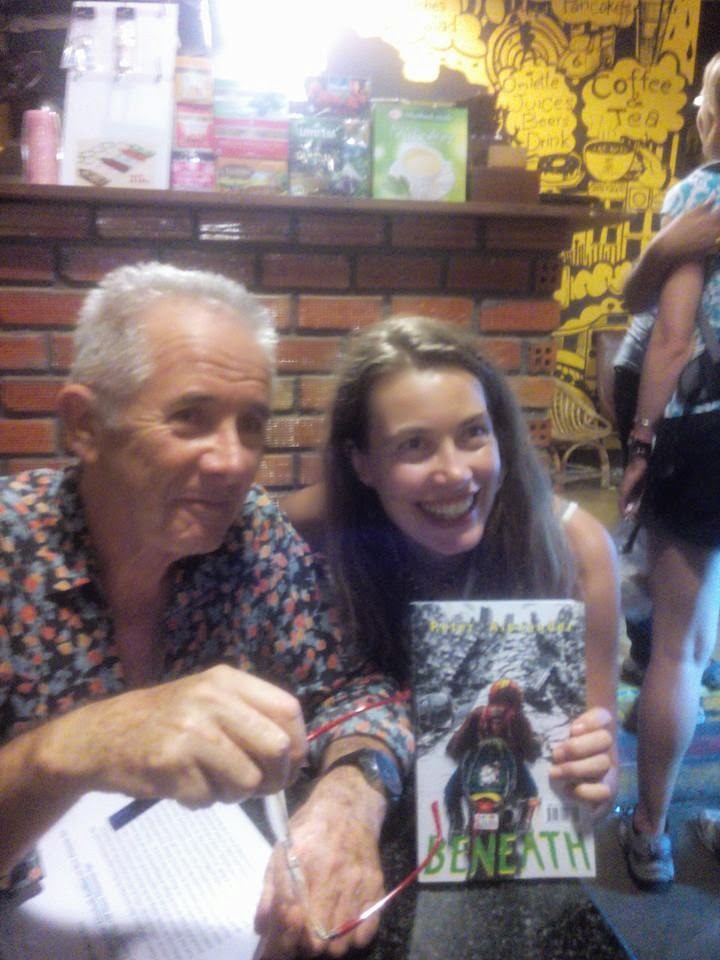 Posted by Rick Lucey at 9:54 AM No comments: